This article is supposedly about German secret weapons, but really is a propaganda piece expounding on the superiority of American arms and engineering:

So far the Germans haven’t come through with anything approaching the new British-American jet-driven plane, which is already in production.

The Germans already had Me-262’s in the field at this point. The only American jet to be deployed in the war was the P-80 and by the end of hostilities in Europe, a grand total of 4 had made it to Europe 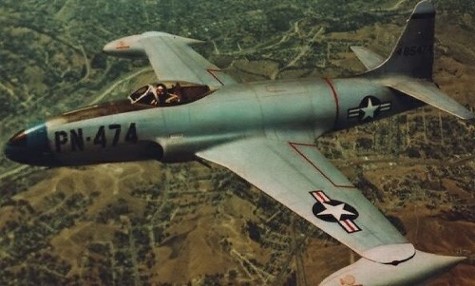 Developed in only 143 days, the prototype Lockheed XP-80 Shooting Star, Lulu Belle, makes its first flight on January 8, 1944 at Muroc Dry Lake (later Edwards AFB), Calif., with Milo Burcham at the controls. It is the first American fighter to exceed 500 mph in level flight. If the war had continued the Shooting Star most likely would has seen combat.