SS-Begleitkommando des Führers
(also SS-Begleit-Kommando) was formed 29 and was originally made up of eight men, each approved by Adolf Hitler himself. This unit was a bodyguard unit for the Führer responsible for his personal protection while other units where responsible for the outer defences. This unit cooperated with other units and organisation to take care of the protection, in peace time mainly with the police forces responsible for security during various events and during the war mainly with the (Heer) 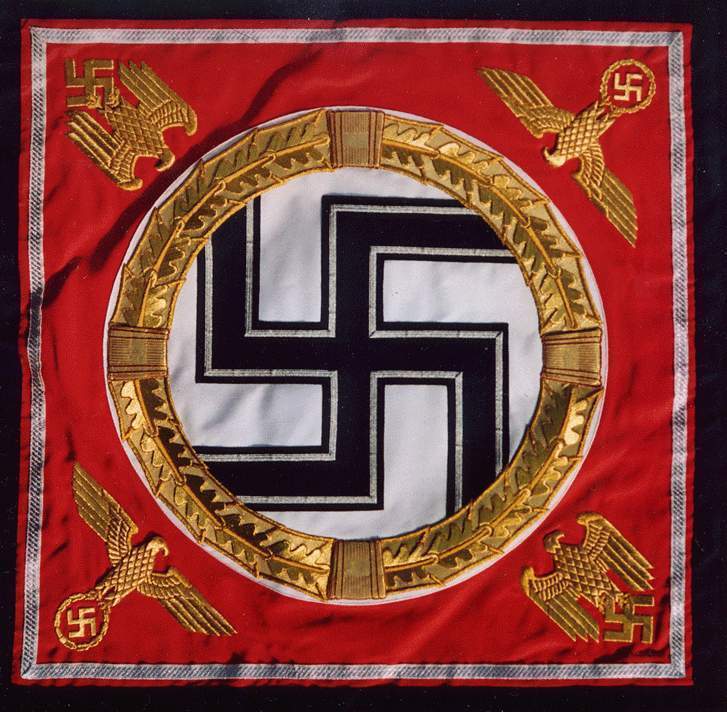 Reichssicherheitsdienst (RSD) was formed as Führerschutzkommando (aka Kommando z.b.V. and RFSS Kommando z.b.V.), renamed RSD 1 August 1935, was an organisation responsible for the protection of Adolf Hitler and later also of other leaders in the Third Reich.

It was originally made up mainly of Bavarian former criminal-police officers and worked as bodyguards only in Bavarian due to the internal power struggles of the nazi movement, when Hitler was in other areas of , his only protection was the SS-Begleit Kommando. It was not until early in 1934 that the RSD was able to work throughout .

The members of the RSD had to be "tried and trusted National Socialists, and furthermore excellent criminal-police officers of unconditional reliability, utmost conscientiousness in fulfilment of duties, good manners and physical dexterity" according to Heinrich Himmler.

The tasks of the RSD included personal security, investigation of assassination plans, surveillance of locations before the arrival of the protected person and checking of buildings as well as personnel.

The RSD could also request assistance from other organisations and for example took command of all local police detailed with the protection of Hitler during a visit by him to a city.

The OKW declared that the RSD officers guarding Hitler during the war were Wehrmacht officals and there were given the status of secret military police (and was now also referred to as the Reichssicherheitsdienst Gruppe Geheime Feldpolizei z.b.V.) and could now request help from the regular Feldgendarmerie as well as any regular troops, enter any military building, wear the uniform of any branch etc.

The officers of the RSD were sworn in 9 November at the Feldherrnhalle in by Himmler in the presence of Hitler, and they took the Wehrmacht oath until 1936 when it was changed to the SS one. This change was made despite the fact that not all the RSD officers were members of either the SS or NSDAP, however on all RSD officers were made SS members.

In 1936 only those who were eligible to SS membership could join the RSD and all officers had to present proof that they were of German blood.