Roswell residents had noted the books about Roswell -- starting, as I recall, about 1980 -- and even now they take note of the Walton and Strieber successes. If people like Walton can tell bullshit stories and get paid for it, why not us? And so Glenn Dennis sticks to his story, despite having been shown its numerous contradictions and the demonstrably wrong information in it.

And so it goes on, in Roswell. And so it will, as long as there are tourists to be amused, and TV crews to be fed, and producers to bring in more tourists and TV crews...

AIR FORCE TO ISSUE YET ANOTHER EXPLANATION

Is This One Impressive Enough to Rain on the Anniversary?

[CNI News thanks Rebecca Keith, Joe Stefula and Steve Kaeser for assistance with this story, dated ]

Just in time to dampen spirits at the upcoming 50th Anniversary UFO bash in Roswell, rumors are rampant that the Air Force is about to issue yet another "final" explanation of what "really" happened near that fabled New Mexico town in early July, 1947. This time, if the rumors are true, the explanation could really be a bummer for UFO enthusiasts.

Maybe it was inevitable that this summer's festivities, celebrating the world's most famous UFO incident, would be punctuated -- book ended, as it were -- by two books that represent extreme ends of the explanatory spectrum. One of these is The Day After Roswell by Colonel Philip Corso, a self-professed military and government insider who says the UFO was indeed an alien craft, and the rumors of recovered bodies, wreckage, and long-running cover-up are all true. But the other book -- the exact contents of which are admittedly still under wraps -- could provide a highly plausible scenario of a crash event involving only human-created elements, but which accounts for most of the strangeness (even the bodies) that has become emblematic of Roswell.

This book is called The Roswell Report: Case Closed. It definitely does exist and it definitely will appear soon -- though when, exactly, is a bit unclear. Its author is listed as James McAndrew. Though the name sounds civilian, this is in fact Captain James McAndrew, USAF, who was also a co-writer of the previous "final" USAF report on Roswell, released in September 1994, that put forth the now infamous "Mogul Balloon" explanation of the 1947 events. The new book is an official Air Force/Department of Defense report published by the Government Printing Office. The GPO says it was originally due for release in April, then in late May -- and now, "pretty soon

OK, but what does it say? One set of clues can be gleaned from the cover story in the current (July) issue of Popular Mechanics magazine, which discusses a number of post-World War II super-secret projects involving former Nazi rocket scientists brought to work in the United States. Among these were the brothers Horten, renowned in esoteric circles for their highly exotic, but sometimes successful, aircraft designs, including variations on "flying wings," "lifting bodies," and even "discs."

It has long been rumored, though never definitively proven (as far as CNI News knows), that the Hortens and their colleagues created one or more high-performance, jet-powered "saucer"-like craft in the last days of the Reich. Some saucer-conspiracy theorists have argued on this basis that the entire post-war UFO phenomenon can thus be traced to Nazi science, captured and imported by ambitious but morally bankrupt American Cold Warriors. While the "Nazi UFO" theory is regarded by most ufologists as implausible at best, it might contain a shred of truth -- and that shred might have been recovered from a crash near Roswell in 1947. Or so the Air Force may be about to tell you.

The theory hinted at in Popular Mechanics keys off the known U.S. military obsession with finding a way to monitor Soviet development of atomic weapons. This was the justification for the ill-fated Mogul balloon project. But Mogul might not have been the only project of its kind. In the new scenario, a small aerodynamic reconnaissance vehicle might have been taken aloft by a balloon, to drift silently at very high altitude over a hostile target (the Soviet Union, for example), then cut loose from the balloon to glide home at high speed. The vehicle -- a sleek, wedge-shaped lifting body -- would perform much as the Space Shuttle does today on powerless reentry. This theoretical small vehicle would be no bigger than necessary for a single pilot and reconnaissance equipment (cameras, various sensors). It would probably have no engine.

Popular Mechanics hints that captured Japanese Fugo balloon bombs, coupled with Horten aircraft designs, could have inspired such an experimental program. Bigger, better Fugos than the Japanese deployed during the war -- perhaps created with assistance from captured Japanese scientists -- might have carried the theoretical reconnaissance glider aloft.

If such a device was launched from, say, White Sands (where the Mogul launches reportedly occurred) and crashed shortly after liftoff at a location north or northwest of Roswell -- and if a pilot (dare we suggest a small Japanese pilot?) was in the aircraft -- this could theoretically account for balloon-like wreckage, metallic wreckage, a damaged but recognizable aircraft of some kind, and at least one body.

CNI News does not mean to suggest that we endorse this theory. But this is our best current estimate of what the Air Force report might say.

The Popular Mechanics article was not the first hint of this theory to reach us. On June 6 we received from Arizona-based researcher Bill Hamilton a forwarded memo from George Filer, dated June 5 [Filer's Files #22. Filer is Eastern States Director for MUFON. He can be reached by email at Majorstar@aol.com]. Filer attributed his information to well-known UFO investigator Joe Stefula, who apparently had gotten advanced word of the article in Popular Mechanics. Stefula is known to have contacts in the military, however, so CNI News called him to find out who he had been talking to.

Stefula denied that he had gotten information directly from Captain McAndrew or any other military source. He told CNI News that the information he gave Filer was speculation. He emphasized, however, that the new Air Force story could help to explain the content of an FBI memo that has long puzzled investigators. That memo was sent on the evening of July 8, 1947, from the FBI's Dallas, Texas office to their office in Cincinnati, Ohio. It said, in part:

"Major Curtan [sic, Major Edwin Kirton], Headquarters Eight Air Force, telephonically advised this office that an object purporting to be a flying disc was recovered near Roswell, New Mexico, this date. The disc was hexagonal in shape and was suspended from a balloon by cable, which ballon [sic] was approximately twenty feet in diameter. Major Curtan [sic] further advised that the object found resembles a high altitude weather balloon with a radar reflector, but that telephonic conversation between their office and Wright Field had not borne out this belief. Disc and balloon being transported to Wright field by special plane..." [quoted from The Truth About the UFO Crash at Roswell by Kevin Randle and Donald Schmitt, 1994.]

On Friday, June 13, CNI News editor Michael Lindemann called Captain James McAndrew to ask him for a comment on the upcoming Air Force Report. The conversation was very brief, as follows:

Lindemann: Hello, Captain McAndrew. This is Michael Lindemann calling from CNI News in California. I'd like to ask you a few questions about the new Air Force report on Roswell.

McAndrew: I don't want to make any comment on that.

Lindemann: Can you tell me when the book will be available?

McAndrew: I refer back to my first statement.

Lindemann: Well, we know that the book exists. Can't you just tell me when it will be available?

McAndrew: I refer back to my first statement.

Lindemann: Can you tell me anyone I can call to find out about the book?

Lindemann: Thanks for your time. Good bye.

So, for the moment, we can only speculate and wait for the actual report to appear. However, as this story was in the final stage of preparation, we received a note forwarded from well-known UFO investigator and attorney Peter Gersten, who said: "I've been informed the new AF report has been printed and probably will be out next week. Contrary to what others have reported, it will be paperback and will probably cost under $15.00."

If true, the low price would make this report much more appealing to the curious buyer and the release date could give it substantial exposure just before the Roswell anniversary events. As an official counterpunch to Philip Corso's bombshell claims, this new Air Force report could hardly be better timed.

Ironically, the government's claim that a weather balloon instead of a "flying disc" landed at Roswell was honest but mistaken. It was not, of course, the grandiose cover-up of extraterrestrial visitation that conspiracy theorists now imagine. The best current evidence indicates that the crashed device was in reality a U.S. government spy balloon -- part of a 1940s secret operation called Project Mogul, an attempt to monitor sonic emissions from anticipated Soviet nuclear tests.

As a consequence of these sordid events, the Roswell incident has left a half-century legacy of bizarre cult mythology, anti-government conspiracy theories, and unrelenting skywatching by self-styled ufologists who seem to fancy themselves on the brink of a momentous discovery. The latest book or television program to the contrary, what crashed at Roswell was the truth, plain and simple.

Joe Nickell is CSICOP's senior research fellow. He writes the Investigative Files column for Skeptical Inquirer and Skeptical Briefs and is author or editor of more than fifteen books on the occult and paranormal. Most recently, he coedited the book The UFO Invasion (Prometheus Books, 1997). 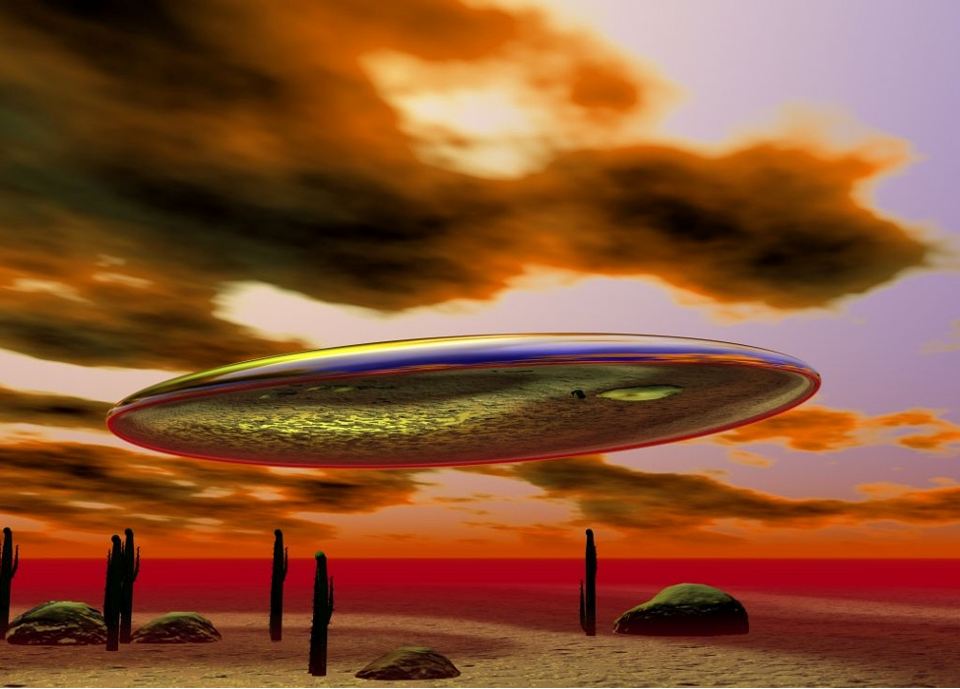