Professor Heinrich Focke of the Focke-Wulf company was one of the greatest and most creative pioneers of auto-gyros and helicopters of his time.

After manufacturing (under license) the German version of the La Cierva C-19 and C-30 auto-gyros he created the amazing Fw-61- the world’s first practical helicopter, flown with great distinction by Hanna Reitsch gaining worldwide fame in the Deutschland Hall Stadium during the 1930s

He subsequently manufactured the heavy-lift transport helicopter Fa-223 and designed the Fa-224, Fa-266, Fa-269, Fa-283, Fa-284, and Fa-336 during the war. Only a few of the large Fa-223 Drache (Dragon) helicopters actually were produced but even the first prototype set a new helicopter speed record of 113 mph and climb record of 1,732 feet per minute in 1940. Subsequent war models were used primarily as transports for mountain troops, rescue attempts, and crash recovery of aircraft. The helicopter had provision for a nose-mounted MG and could carry 1-2 bombs but the Drache was never used for combat duties.

Among auto-gyros Focke built the Fa-225 using the fuselage of a DFS 230 glider and a rotor of a Fa-223. It was an experimental machine but it worked.

Focke also was the originator of the Fa-330 kite with rotor, capable of being deployed by a submarine at a moments notice and then used as a towed spotter. It was stored in a water-tight container on the deck of the U-boat and used with great success during the war. A powered version of the kite would have been the Fa-336 which was in the design phase when the war ended and built in France postwar for testing.

But perhaps Focke’s greatest achievement was the development of the “turbo shaft” propulsion system currently utilized by the majority of all the world’s helicopters.

As soon as he had the relevant data for the new German jet engines Focke started design work on the Focke-Wulf Schnellflugzeug (Fast Aircraft) which was nicknamed the Rochen (an aquatic ray-skate).

In 1939 he patented the idea of a circular aircraft with a large aerofoil section and an open center that acted as a huge propeller duct for twin counter-rotating propellers driven by a projected Focke-Wulf designed turbojet engine via an axis and gearbox. Focke-Wulf certainly had the ability to design and build such an engine independently from Heinkel and Messerschmitt. In 1942 they had converted a Fw-190 from a piston-engine aircraft into a jet aircraft by removing the BMW 801 engine and installing a 600 kg thrust Fw T-1 centrifugal jet in the nose. The jet comprised a two-stage radial compressor, single stage turbine and an annular combustion chamber. The exhaust passed through an annular outlet running around the circumference of the fuselage

But further designs for Focke-Wulf jet engines were abandoned due to the great demand for the conventional version of the Fw-190 which ultimately produced 20,000 of these fighters by wars end.

The Fw-Rochen would have achieved forward flight by vectoring the downwash from the propellers rearward through a series of louvers below them. The louvers themselves could also be completely closed for gliding flight in the event of engine failure. The exhaust nozzle forked in two at the end of the turbojet engine and ended in two auxiliary combustion chambers located on the trailing edges of the circular wing. When fuel was added, the auxiliary combustion chambers acted as primitive afterburners providing horizontal flight. The control at low speed was achieved by varying the power to each auxiliary chamber through the two small nozzles.

The landing gear was very simple, consisting of the two main gear legs on either side of the central propellers and a small tail wheel. A single fin and rudder would be provided to help with lateral stability at higher speeds. The lone pilot would sit in a cockpit nacelle that protruded from the front of the circular aerofoil section fuselage.

Although very advanced for the time, the Fw-Rochen was never built; however, in the late 1950s a large wooden 1/10th scale wind tunnel model was built in Bremen to prove the design. Focke filed for a new patent in September 1957. 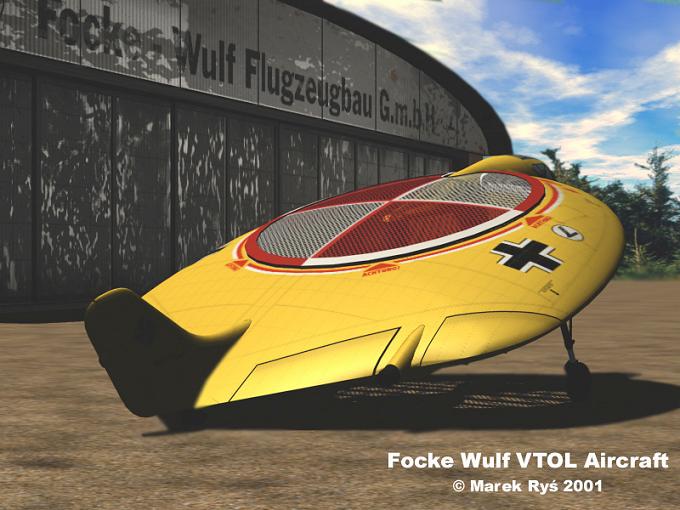 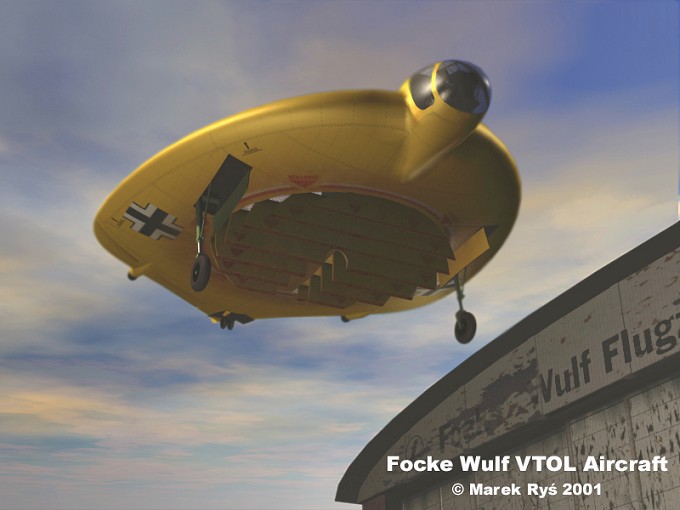 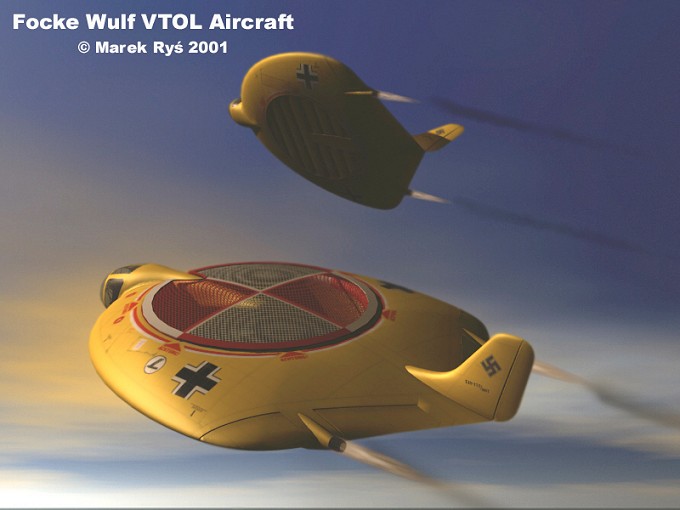 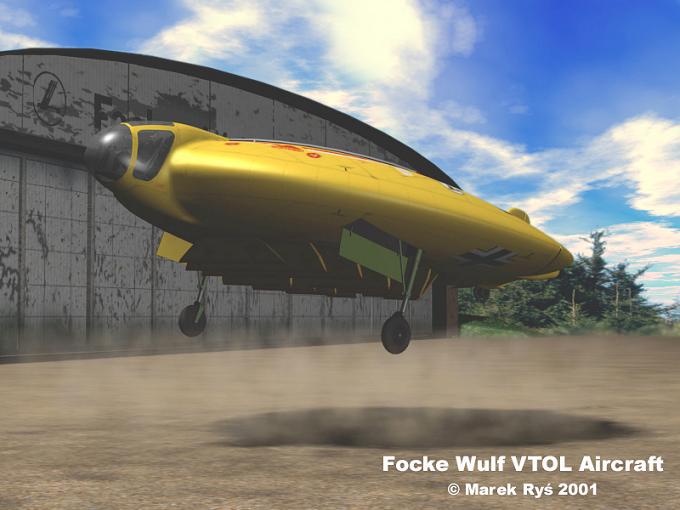 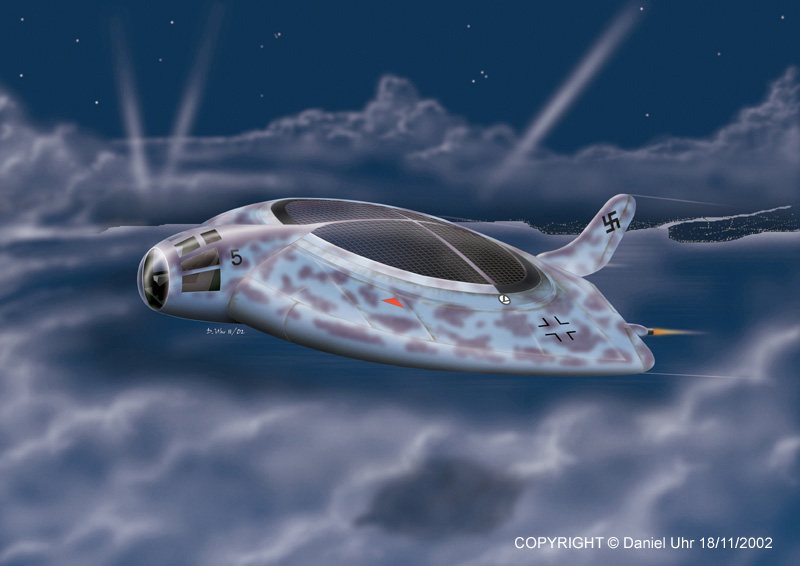